Two exclusive welcoming gifts only when you book from this site:
a bottle of local wine with two glasses in your room on arrival plus late check-out (11:30am)
We can book guided tours for you. Contact us to find out more!

The largest Basilica in the world, the centre and home of Catholicism. Built over the tomb of the founder of the Church of Rome and enriched by works of the greatest artists of the Italian Renaissance. The dome was designed by Michelangelo Buonarroti. Distance: 600 metres. Within walking distance. 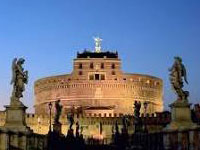 Originally the mausoleum of Emperor Hadrian, it was converted to a fortress refuge for the Popes. Pope Clement VII took refuge here in 1527 during the Sack of Rome. Distance: 400 metres. Within walking distance. 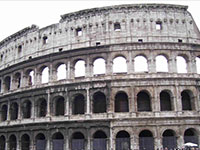 Also known as the Flavian Amphitheatre, it was the largest arena of Imperial Rome, rivalling in size even the most modern stadiums of today with a capacity of 50,000 spectators. Distance: 3 kilometres. Bus route 40 from Piazza Pia to Piazza Venezia (7 stops). 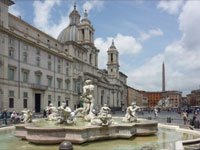 Originally home to the Domitian Stadium, it was then purposely flooded so that mock naval battles could take place. It later became one of the most brilliant examples of Roman Baroque architecture with works by Bernini and Borromini. Distance: 1 kilometre over the River Tiber. 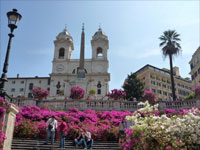 Perhaps the most well-known square in Rome, where you will find the famous Fontana della Barcaccia (Fountain of the Old Boat) and the heart of the capital’s elegant shopping area. Distance: 1500 metres. A 20-minute walk or take Metro A from Lepanto (4 stops). 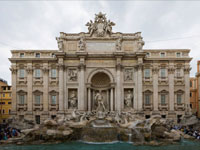 The Eternal City’s most famous fountain by Bernini and pride of the Roman Baroque era. Some of the most epic scenes of Federico Fellini were filmed here (La Dolce Vita, 1960) with the unforgettable Marcello Mastroianni and Anita Ekberg. Distance: 2 kilometres. Reachable on foot in 30 minutes or by bus route 40 (7 stops).